Previous Next
News & Events
Did you know?
“Delaware Law is an outstanding institution and I am honored to have this opportunity to serve as its dean during this important time in its history. I am looking forward to becoming an active participant in the Delaware legal community and building on the school’s already strong relationships with the bench and bar, and distinguished alumni throughout the region,” Smolla said. 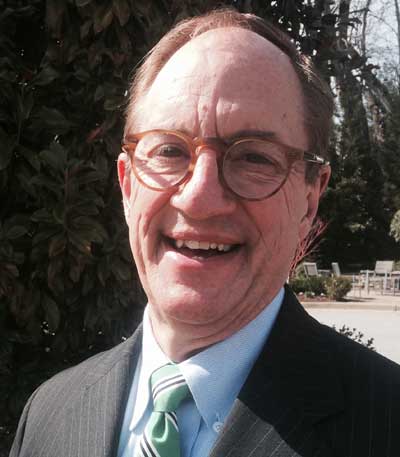 Rod Smolla had never met a lawyer before he went to Yale University as a football player in the 1970s. He developed friendships with law students as an undergraduate, and when he started wondering about law in his junior year, they brought him along to a few classes so he could see for himself.

“I thought it was fascinating,” he said, recalling what drew him to the profession. He liked the intensity of the classes and the engagement between professors and students. “It was very intellectually alive,” he said.

The son of an air traffic controller and a librarian, Smolla grew up in the Chicago area during less-regulated times. It was OK to go into an airport tower with his dad at work. He spent a lot of his boyhood thinking he’d grow up to be a pilot.

Instead, that curiousity about law school classes led him down a career path that will bring him to Widener Law Delaware as its dean this July 1. On that day, the school will become Widener University Delaware Law School and begin operating separately from the university’s Commonwealth Law School in Harrisburg.

He has authored and edited many books for general audiences, legal treatises, law school casebooks, law review articles, and pieces for newspapers and magazines. The FX television network turned his book “Deliberate Intent: A Lawyer Tells the True Story of Murder by the Book” into a movie with Timothy Hutton in the role of Smolla. His book “Free Speech in an Open Society” won the William O. Douglas Prize, which recognizes distinguished contributions to freedom of speech.

An active litigator, Smolla has presented oral arguments in state and federal courts throughout the nation, including the U.S. Supreme Court. His many service activities include eight years as a director of the Media General Corp., service on the executive committee of the board of the American Arbitration Association, and an appointment as a commissioner on the South Carolina Commission on Higher Education. Smolla has taught a wide variety of courses in the law school curriculum, and has been the recipient of many teaching awards.

“Delaware Law is an outstanding institution and I am honored to have this opportunity to serve as its dean during this important time in its history. I am looking forward to becoming an active participant in the Delaware legal community and building on the school’s already strong relationships with the bench and bar, and distinguished alumni throughout the region,” Smolla said. “I am looking forward to working with my law faculty colleagues, and to energetically participating in the academic and professional life of the Delaware Law student body, encouraging students to aspire to the highest traditions of the profession.”

Students at Delaware Law, he said, will learn a big part of his identity as a dean and professor is to place an emphasis on making law school balanced so that it helps students develop professional ethics, skills and judgment.

Smolla and his wife Anna have a blended family of five children. They are making plans to relocate to Delaware this spring or early summer.