In a departure from the standard lecture style of past Pileggi events, this year, Delaware Law Professor Emeritus Lawrence A. Hamermesh was interviewed by Associate Professor Paul L. Regan, in a conversation style setting.

Professor Bruce Grohsgal, the Director of Delaware Law’s Institute for Corporate and Business Law, introduced both professors and thanked Francis G. Pileggi and the Pileggi family for the lecture.  In introducing Professor Hamermesh, Professor Grohsgal said:  “It is fitting that today’s Pileggi lecturer, Professor Larry Hamermesh, for many years fostered these lectures that have been given by leading scholars and thinkers over several decades.  Larry himself is eminent among them.  Professor Hamermesh was, first, a go-to corporate lawyer and litigator.  When Larry left Morris Nichols and the practice of law to become a professor at Delaware Law School, the word on Market Street was that the practice’s loss was the academy’s gain.  He fulfilled this forecast.”

Professors Hamermesh and Regan began their conversation with a recounting of the first case that Prof. Hamermesh worked on when he became a Delaware lawyer in 1976.  That case, Bell v. Kirby Lumber Corp., was a statutory appraisal proceeding with elements that would emerge as key continuing issues in modern corporate law:  the phenomenon of large disparities between liquidation and third party sale value, on one hand, and value as a going concern; the phenomenon of large takeover premiums, especially for natural resources companies; and, because of its practice of sustained yield forestry, the persistent question of sustainability and corporate purpose, which surfaced most recently in the August 2019 statement of the Business Roundtable on corporate constituencies.  Professors Hamermesh and Regan also discussed the role of stockholder litigation and the tension between judicial deference to market assessments of share value and merger transactions, on one hand, and the need to preserve some mechanism to identify and encourage litigation where those assessments are compromised by conflict of interest or misinformation, or both. 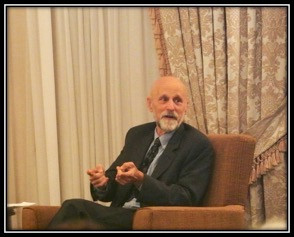 Professor Hamermesh joined the faculty at Delaware Law in 1994 after an almost 20-year career with Morris Nichols Arsht & Tunnell in Wilmington, Delaware.  He now serves as the Executive Director of The University of Pennsylvania Carey Law School’s Institute for Law and Economics.  Professor Hamermesh is a graduate of Haverford College and Yale Law School.

History of the Pileggi Distinguished Lecture in Corporate Law