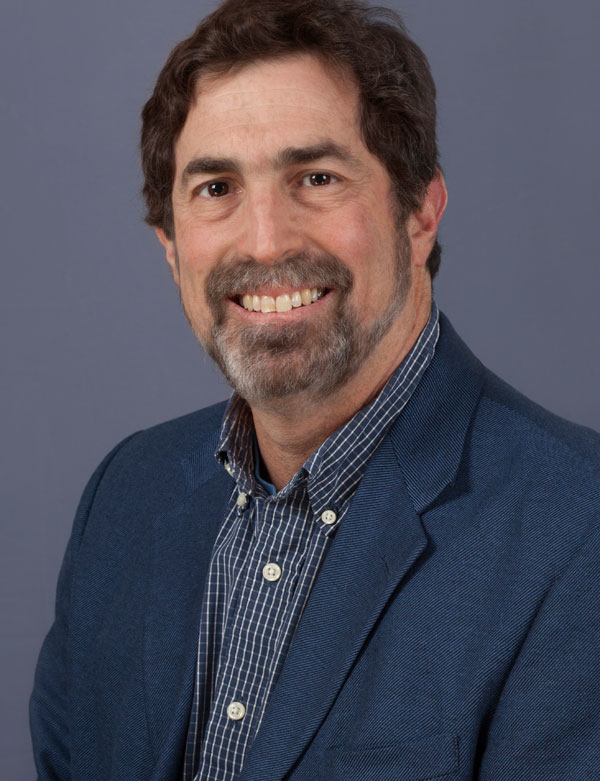 Professor Garfield has been honored for his teaching and scholarship. He received the Outstanding Faculty Award on three occasions (in 2004, 2019, and 2021) and the Douglas E. Ray Excellence in Faculty Scholarship Award on two (in 2006 and 2015). Professor Garfield was selected to be the H. Albert Young Fellow in Constitutional Law from 2005 to 2007, and, in 2018, was named a distinguished professor.  Professor Garfield has been a visiting professor at American University’s Washington College of Law and Bryn Mawr College and is currently an adjunct professor at Drexel University School of Law.

Professor Garfield writes and teaches in the areas of Constitutional Law, Copyright, and Contracts.  His scholarship has appeared in numerous journals including the Columbia Law Review Sidebar, the Cornell Law Review, and the Washington University Law Review.  He has also published op-eds in the Philadelphia Inquirer, the Wilmington News Journal, PennLive, and NBC News THINK. Professor Garfield published a column on the Supreme Court in The News Journal from 2009 to 2019. The column, Bench Press, received the Delaware Press Association’s first place award for a personal-opinion column in seven different years, and received a first-place award in a national competition in both 2012 and 2019. Professor Garfield has been quoted in The Washington Post, The Los Angeles Times, The Philadelphia Inquirer, The News Journal, Fortune, Frontline, and CBS News, and has been interviewed or appeared on WHYY, WDEL, Make No Law Podcast, and CSPAN.

Professor Garfield is the founder and coordinator of “The First State Celebrates Constitution Day,” a project run in collaboration with The News Journal editors since 2006.  He also co-founded and is the current administrator for the Delaware Law School Patent Pro Bono Program, which pairs low-income inventors with volunteer attorneys who help the inventors file patent applications.

Professor Garfield is a past chair of the Association of American Law Schools Section on Mass Communication Law.  He has served on the Board of Directors of the Delaware ACLU since 2006 and was the Board President from 2015-2017.

Why do lawyers matter?

Lawyers are the guardians of justice. Their job is to ensure that our society treats people fairly, whether it is someone who was accused of a crime, injured in an accident, or taken advantage of by an unscrupulous merchant. Ensuring that people are treated fairly is a tremendous responsibility. But it is a great honor and can be immensely gratifying.

How Conservative Justices are Undermining Our Democracy (or What’s at Stake in Choosing Justice Scalia’s Successor?), 96 Ind. L. J. Supp. 60 (2016)

And the Wall Comes Tumbling Down: How the Supreme Court is Striking the Wrong Balance between Majority and Minority Rights in Church and State Cases, 68 Ark. L. Rev. 789 (2015)

Contractarians, Communitarians and Agnostics, 43 Am. J. Comp. L. 150 (1995) (reviewing Special Issue on the Corporate Stakeholder Debate: The Classical Theory and Its Critics, 43 U. Toronto L.J. No. 3) (peer-reviewed journal)

Abusive non-disclosure agreements like Trump’s need to be stopped, The News Journal, Aug. 22, 2018, available at https://www.delawareonline.com/story/opinion/contributors/2018/08/22/its-time-stop-abusive-non-disclosure-agreements-like-trumps/1061191002/

New Supreme Court justice should have an open mind, The News Journal, July 8, 2018, at A16

The Blessing of Separating Church and State, Sunday News Journal, July 9, 2017, at A19

Value of Valor: Soldier’s tenets should guide all Americans, Sunday News Journal, May 28, 2017, at A21

Make it Count:Your Vote is Vital in Determining the Future of the Supreme Court, Sunday News Journal, July 10, 2016, at A17

Labor unions and corporations both play their vital roles, Sunday News Journal, Jan. 10, 2016, at A17

Is it time to stop tinkering with the machinery of death?, The News Journal, Oct. 5, 2015

Are vanity license plates considered government speech or public speech?, The news Journal, Mar. 23, 2015, at A7

Should Musicians be Jailed for Their Threatening Lyrics?, The News Journal, Dec. 1, 2014, at A9

Supreme Court religious freedom case should give us pride, The News Journal, Oct. 6, 2014, at A10

Instead of Government Truth Police, a Wiser Course is Informed Citizenry, The News Journal, April 21, 2014, at A9

Making the Case for Contraception over Religious Views, The News Journal, March 24, 2014, at A9

Court Considers Space Restrictions on First Amendment, The News Journal, Jan. 13, 2014, at A13

Supreme Court Wrestles with Prayer at Public Meetings, The News Journal, Nov. 4, 2013, at A10

Weighing One Constitutional Need Against Another, The News Journal, June 30, 2013, at A27

Affirmative Action in Education Weighed Again, The News Journal, Oct. 8, 2012, at A13

Religious Right versus Government Interest, The News Journal, May 21, 2012, at A13

Conservative Justices Fails to See Corrupting Influence of Money, The News Journal, Mar. 28, 2011, at A9

In Efforts to Regulate Immigration, States Test Limits of Their Authority, The News Journal, Dec. 6, 2010, at A13

Is quality public education guaranteed by the Constitution?, The News Journal, Sept. 17, 2019, at A9

Articles in The Philadelphia Inquirer

End the Confidentiality Agreements that Help Perpetuate Abuse, Phila. Inquirer, Nov. 15, 2017, at A13

RBG was able to help women by arguing for the rights of men, PennLive, Sept. 30, 2020, at https://www.pennlive.com/opinion/2020/09/rbg-was-able-to-help-womens-by-arguing-for-the-rights-of-men-opinion.html

Government can’t discriminate against religious schools, but they can discriminate when they hire teachers, PennLive, July 28, 2020, at https://www.pennlive.com/opinion/2020/07/government-cant-discriminate-against-religious-schools-but-they-can-discriminate-when-they-hire-teachers-opinion.html

Trump’s NDA with Stormy Daniels is about Much More than Infidelity. What Else is He Hiding, NBC News THINK (March 9, 2018) at https://www.nbcnews.com/think/opinion/trump-s-nda-stormy-daniels-about-much-more-infidelity-what-ncna855341

Before Election Day, Some Reminders of America’s Greatness, PennLive, Nov. 5, 2016

Should Race Matter When Rectifying Past Errors?, The News Journal, July 2, 2009, at A11