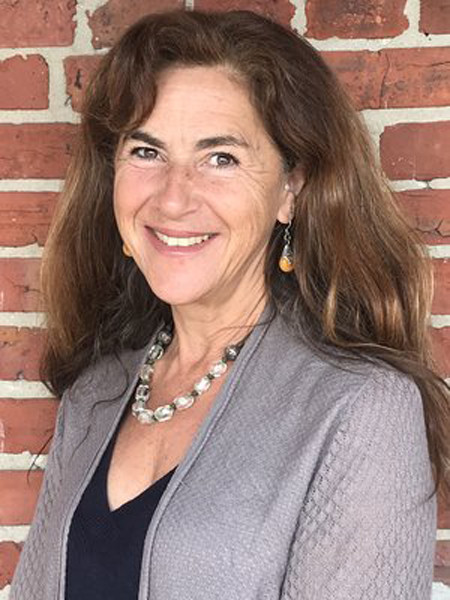 Erin Daly is Professor of Law at Delaware Law School and the co-founder of the Dignity Rights Project. She served as Interim Dean and Vice Dean of the Law School in 2013-2015.

Professor Daly has written extensively on the law of human dignity, comparative constitutional law, and transitional justice issues throughout the world. She is the author of Dignity Rights: Courts, Constitutions, and the Worth of the Human Person (U. Penn 2d ed. 2020), with a Foreword by former President of the Israeli Supreme Court, Aharon Barak. This is the first book to explore the constitutional law of dignity around the world. In Dignity Rights, Professor Daly shows how dignity has come not only to define specific interests like the right to humane treatment or to earn a living wage, but also to protect the basic rights of a person to control his or her own life and to live in society with others. She argues that, through the right to dignity, courts are redefining what it means to be human in the modern world.

Professor Daly serves as the executive director of Dignity Rights International and the Director of the Global Network for Human Rights and the Environment, as the US National Correspondent for the Centre international de droit comparé de l'environnement (CIDCE) at Limoges, and as the Vice President for Institutional Development at the Université de la Fondation Aristide in Haiti.

She joined the faculty at Widener in 1993. She served as Interim Dean 2013-2015, Vice Dean 2013-2014, and Associate Dean for Faculty Research and Development 2007-2011. She has directed summer programs in Sydney, Australia and Venice, Italy. She teaches in the areas of Dignity Rights, Constitutional Law, Comparative Constitutional Law, First Amendment, Administrative Law, Human Rights, and International Law. She received a B.A. from Wesleyan University, and her J.D. from the University of Michigan. She is currently a candidate for a Ph.D. from the University of Cape Town.

(with Professor James R. May where noted with *)

Dignity Rights: Courts, Constitutions, and the Worth of the Human Person (University of Pennsylvania Press 2012, Series on Democracy, Citizenship, and Constitutionalism), with a Foreword by Aharon Barak (paperback 2020).

The International Library of Critical Writings on Law and the Environment: Environmental Constitutionalism, (Edward Elgar 2015), eds.*

“Indivisibility of Human and Environmental Rights, New Dimensions in Human Rights and the Environment,” available here  *

The Dignity of Windsor: The Marriage of Equality and Liberty (under submission)

"First vindication of constitutional rights of nature from a provincial court in Ecuador," Review of European Community & International Environmental Law, 21 (1) 2012 at 63.

Too Many Questions, Too Few Answers: Reconciliation in Times of Transition, with Jeremy Sarkin, 35 Col. Hum. Rights Law Review 661-728 (2004)

Global Network for Human Rights and the Environment Side Event in conjunction with Forum for Special Rapporteurs, IUCNAEL, Strathclyde July 2018.

Roe After 40, a year-long series of symposia at area law schools marking the 40th anniversary of Roe v. Wade, 2013

Law in the Time of Covid-19, series of webinars with UNIVALI, 2020; presenter on Human Rights Implications of Covid-19, April-May, 2020

“Dignity Rights and Climate Change,” Presentation to the Philippine Commission on Human Rights, Hearing on Petition Requesting for Investigation of the Responsibility of the Carbon Majors for Human Rights Violations or Threats of Violations Resulting from the Impacts of Climate Change, New York, September 28, 2018

Remarks, Organizational Session Of The Ad Hoc Open-Ended Working Group That Was Established By General Assembly Resolution 72/277 Of 10 May 2018 Entitled “Towards A Global Pact For The Environment, United Nations, New York, 5-7 September, 2018

"The Role of the Special Rapporteurs in Advancing Environmental and Human Rights: A Critical Engagement," IUCNAEL, Strathclyde, July 6, 2018

"Environmental Constitutionalism,"  Universidade do Vale do Itajaí (Univali), Florianopolis, Brazil, May 26, 2017 (with James R. May)

"The Future of Environmental Constitutionalism in Advancing Energy for a Fair Society in a Safe Planet," IUCN Academy of Environmental Law 12th Annual Colloquium, July 2, 2014 Tarragona, Spain (with James R. May).

Panelist, “Transitional Justice in a Failing State” What Makes States Successful? Afghanistan and the Future of State Building, University of La Verne College of Law, April 15-17, 2010

“The Right to Dignity in the Liberal State,” at The Futures of Human Rights: Moral, Political, and Legal Cultures, University of South Carolina, Columbia, February 28, 2009

“The Right to Dignity in Foreign Courts,” Lectures and Awards, University of Oregon, September 2008

Co-organizer of Roe After 40, a year-long series of symposia at area law schools marking the 40th anniversary of Roe v. Wade, 2013

"The Stolen Valor Act and the First Amendment," Decisions Made, Votes Cast, and Policies Implemented: The October 2011 Term and the Role of the Supreme Court in American Policy and Politics, Kutztown University, November 2012

“Bill of Rights in the Twenty-First Century: First Amendment after 9/11,” Sponsored by the Delaware ACLU, March 2003

Other Presentations and Writing

“Finger Pointing in the Gulf Gets Us Nowhere: As Americans, we should all be concerned,” Wilmington News Journal and Delaware Online, June 11, 2010.